Hair and fiber is removed from living animals such as alpacas, sheep and goats, and manipulated into felted, knitted or woven forms. Additionally, as a protein fiber (or filament), silk produced by the Bombyx mori silkworm, is included in this category, as is human hair.

Wool is a resilient, protective and durable fiber, that is also naturally suitable for recycling. Woolen garments in the form of felted wool were worn as early as the Neolithic Period for purposes of protection and decoration, making it one of the oldest textiles after bark cloth. Domestication of sheep for both wool and meat also goes back to about 10,00 BCE. Sheep and their wool were critical to the economy from the 15th to the 18th centuries, and a significant percentage of England’s foreign trade was based on wool products. Today, sheep’s wool is used in products from clothing to carpets. The top states for U.S. wool production are Texas, California, Wyoming, Colorado and Utah. The U.S. military consumes upwards of 20% of American wool for uniforms each year.¹

Because sheep were among the first animals to be domesticated, they were also routinely bred for certain qualities of fiber. By the 18th century, breeding for a variety of traits became more scientific. The ethical nature of industrial wool production has recently been targeted by animal rights groups who argue that genetically modified sheep produce unnatural amounts of wool that must be shorn to prevent overheating and heatstroke. Many shearers are paid by volume, not time, which encourages them to shear as fast as possible, sometimes resulting in accidents. Further arguments involve living conditions that may increase the spread of diseases. Large scale farming may also cause environmental degradation such as soil erosion, water pollution and wildlife culling. In 2016, the Dumfries House Declaration set forth principles of best practice in the wool industry. Over 500 producing wool companies affirmed their commitment to these standards intended to protect the environment and to uphold best practices for welfare of the animals. 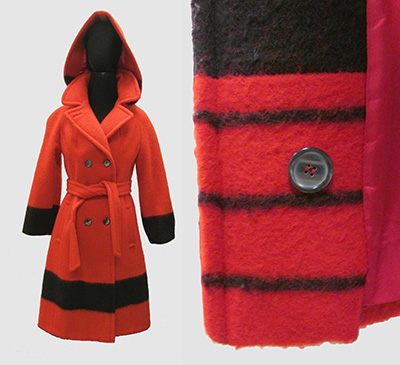 Hair from other animals such as alpacas, llamas, muskox, vicuña, camels, horses, rabbits, and goats are also used in the apparel industry. Goats of the Tibetan highlands, Himalayas and Mongolia have long provided fine hairs used to create luxuriously soft wraps and garments. Processing of this fiber first developed in the region of Kashmir, India which has become the generic name of the fabric known as cashmere. Hair from the horse’s mane and tail was once woven with cotton or linen into a stiff braid used as trim. Horse hair In women’s apparel, crinoline, or ‘crin’ – the French word for horsehair – soared to popularity in the mid 19th century to provide shape and structure to fashionably full skirts and petticoats. For centuries, horse hair braid also decorated a variety of military uniforms around the world.³ 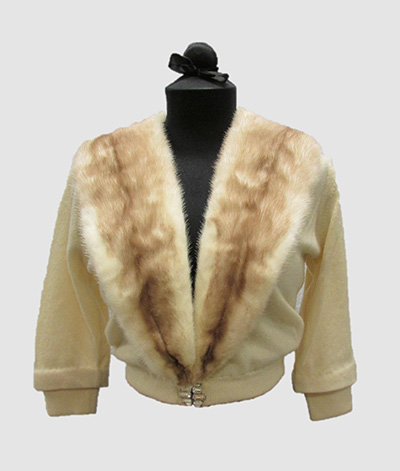 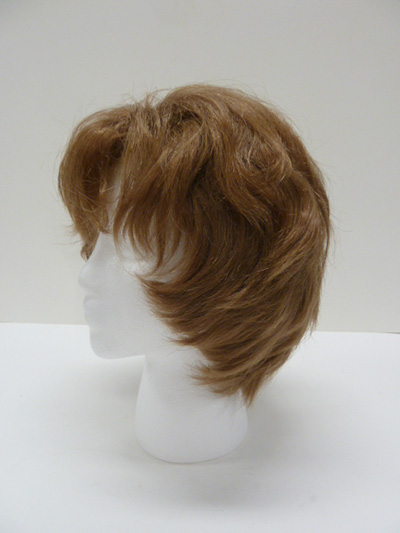 Human hair is an extremely lucrative fiber for the fashion industry, used in wigs, extensions, eye lashes, beards and eyebrows. Historically, human hair was worn as wigs or woven and crocheted into accessories such as necklaces and bracelets. Ancient Egyptians shaved their heads and donned stylish wigs of human or animal hair as preventive measures against lice and fleas and as symbols of their wealth and privilege. In 17th century France, wig-making guilds were established as noblemen attempted to emulate the long, full hair of a young King Louis XIV. In the 18th century, men and women throughout Europe wore powdered hair wigs as a form of status. Queen Marie Antoinette of France popularized towering concoctions of human and animal hair decorated with fruit, feathers, flowers, vegetables, ships and more! In the last half of the 19th century human hair necklaces, bracelets and earrings were worn as mementos of loved ones. Today, human hair is worn as wigs, hats, and more. The rarest and most expensive is natural blonde hair. 100 grams of blonde, European hair can cost over $1,300.4

Silk is another of the apparel and textile industry’s most popular animal fibers. The production of silk originated in China in the 4th millennium BCE where it remained confined for over three thousand years. As a sign of wealth, silk was often reserved for members of the Chinese imperial family and the highest dignitaries. It became progressively more valuable, more than simply material, and was used as a monetary standard to pay government officials and soldiers, compensate worthy citizens, and as offerings for exchange with other cultures. Silk became a luxury material appreciated in foreign countries before and after the opening of the Silk Road in the first millennium BCE.

Silk cultivation, or sericulture, made its way to Japan, the Roman Byzantine Empire and the Islamic region. In western Europe, Italy developed a very successful silk trade by the Middle Ages and by the 16th century, France joined Italy as Europe’s main exporters of silk textiles. Japan was one of the first countries to modernize the sericulture process and by the early 20th century, had become the world’s dominant producer of silk. Supplies from Japan were cut off, however, during World War II, so western countries were forced to use substitutes, including rayon and nylon. See examples of these imitation silk fibers in the IMITATION category on the Endangered: Fauna and Fashion homepage. Today, China and India are the world’s largest silk producers. 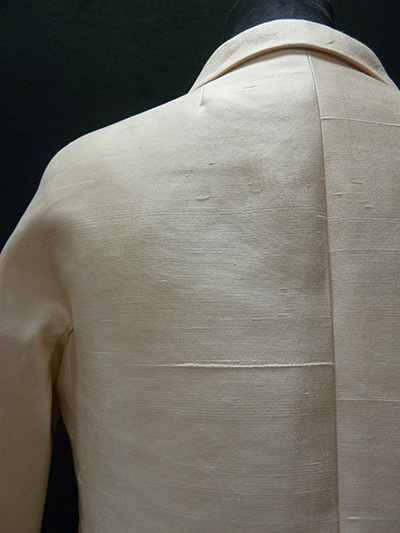 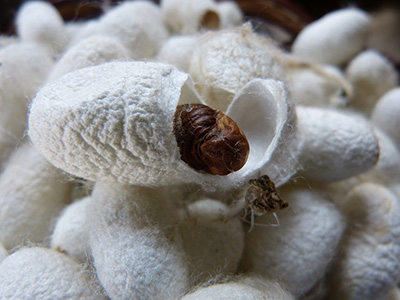 The commercial process of silk making is highly complex and labor intensive. Most silk fibers are obtained from the cocoon of the Bombyx mori. The moth lays thousands of eggs which hatch to form larvae that are fed mulberry leaves or other kinds of plant material over a period of six weeks during which time a single larva will eat 50,000 times its initial weight in plant material. The silkworm is now ready to spin its silken cocoon. A long, continuous protein filament is secreted from salivary glands in the silkworm’s head. The secretions harden on exposure to the air and form twin filaments bound together with a gummy binding fluid called sericin. After treating the cocoon with hot air, steam or boiling water, which kills the larvae, the silk is unwound from four to eight cocoons at once to create a single strand in a process known as reeling. About 2500 silkworms are required to produce one pound of raw silk. Cruelty-free techniques are also utilized to acquire the silk from the cocoon without killing the larvae.5 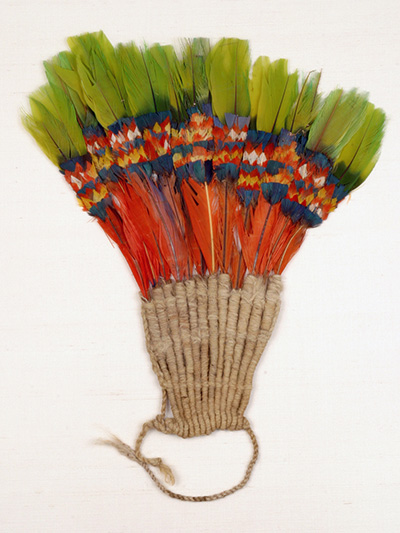 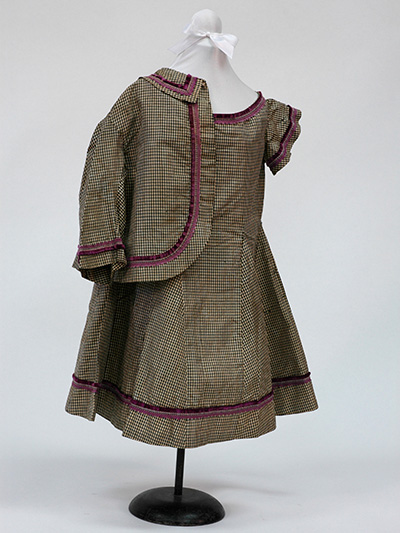 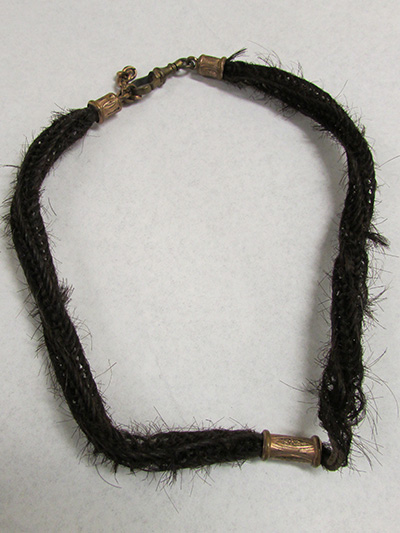 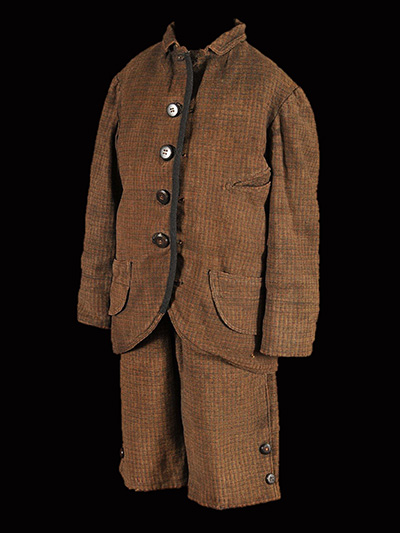 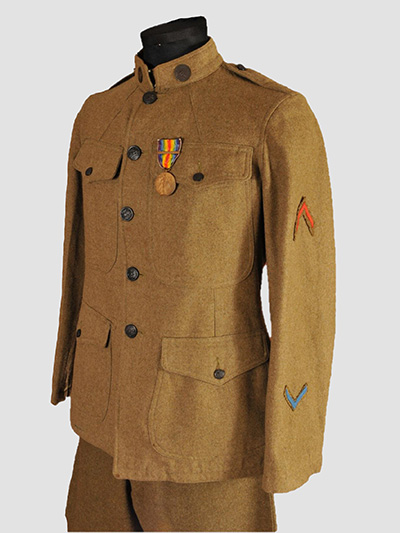 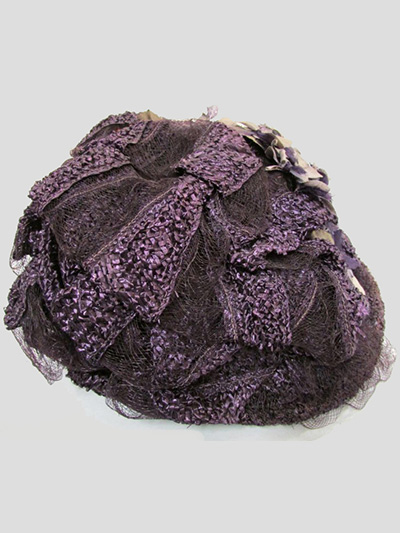 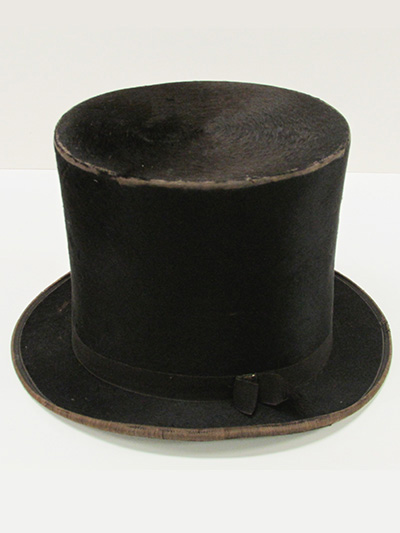 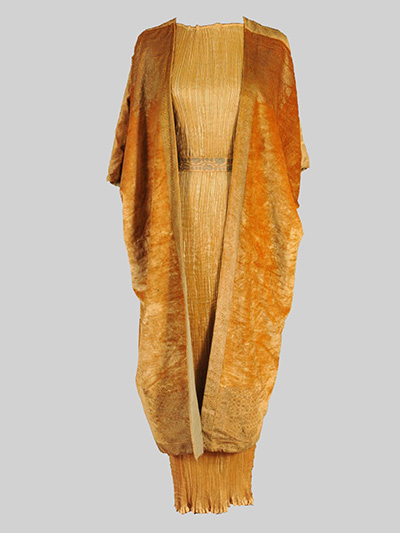 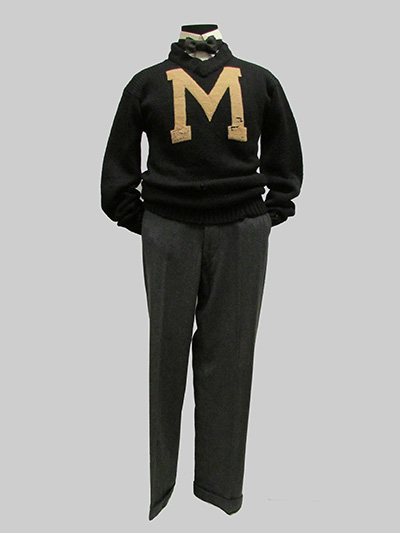 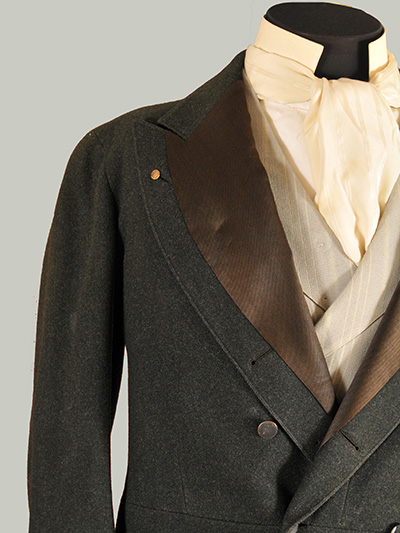 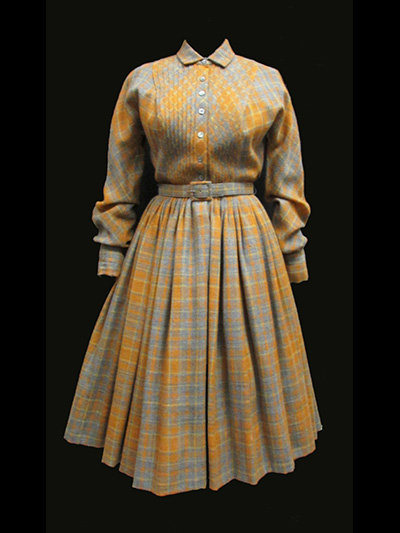 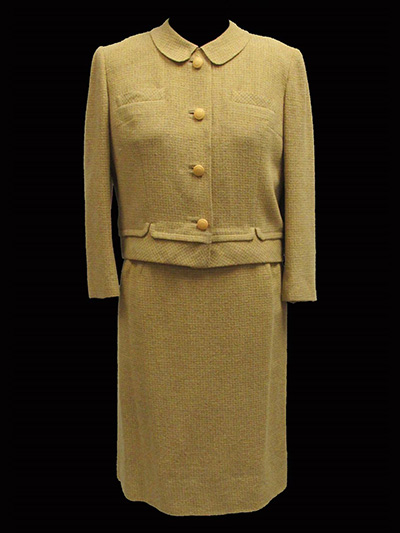 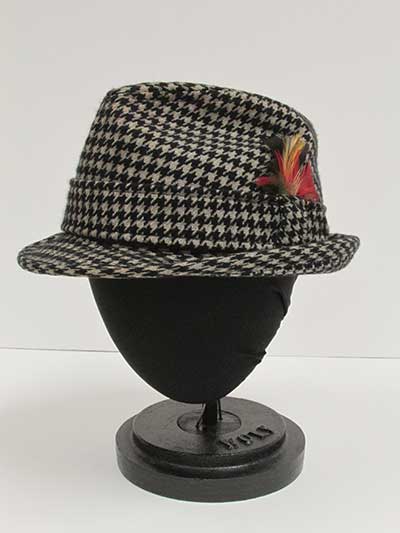 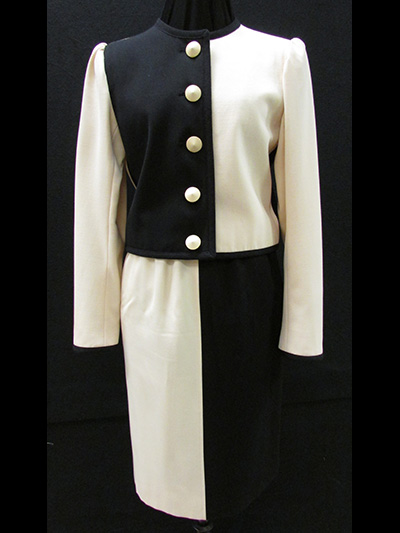 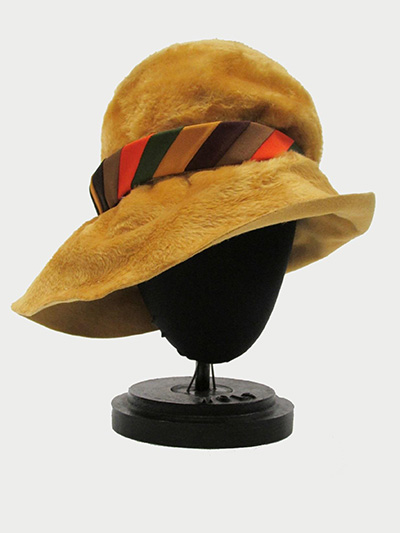 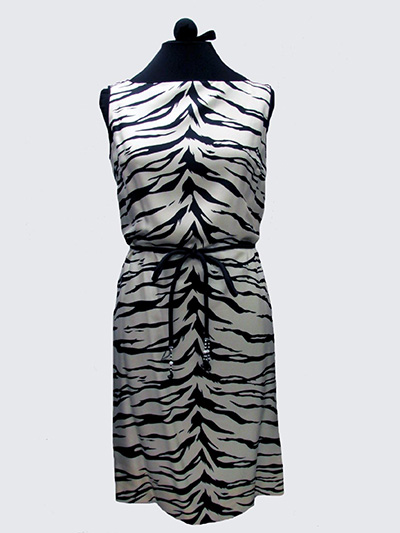 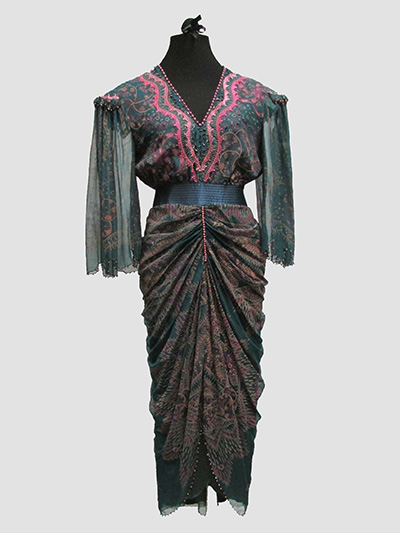