The story of Ellen “Nell” Quinlan Donnelly Reed is truly one of self-made success in the ready-made American apparel industry. In the early 1900s, Reed began sewing dresses for herself and friends. During this time, women with limited budgets had few everyday dress options available to them beyond the plain, loose-fitting Mother Hubbard. Reed yearned for something more stylish and attractive. She designed her first pink gingham frock in 1919 and sold her first line of dresses that same year to Peck’s Dry Goods Store in Kansas City. Peck’s ordered 18 dozen of her fresh, new designs and sold out by noon that first day. An entrepreneur was born.

The Nelly Don label soon grew into a multi-million dollar company. By 1923 Reed employed 250 workers; by 1931, over a thousand. Her factory was making five thousand dresses per day and earning over $3.5 million in sales. During World War II, Nelly Don was one of the largest manufacturers of women’s military and work clothing. In the late 1940s, she built one of the largest dress manufacturing plants in Kansas City. By the time of her departure from Nelly Don in 1956, Reed had become one of the first and most successful self-made women millionaires in American business.

The secret to Reed’s success rested in her design philosophy which emphasized “style, quality, fit and fine workmanship at moderate prices.” As one New York journalist wrote, “Out in the Mid-west a woman has this big American idea: to use modern factory dressmaking to give the ‘mostest of the bestest for the leastest.” Reed remained with the Donnelly Garment Company until 1956 when she sold the company after 40 years of business. Reed passed away in 1991 at the age of 102. Nelly Don, Inc. continued to manufacture clothing through the 1960s and 1970s but filed for bankruptcy in 1978.

The Nelly Don Collection at the MHCTC contains sixty-two garments ranging in date from the 1920s to the 1970s. See more Nelly Don artifacts in the exhibit Nelly Don: Self-Made, Ready-Made. 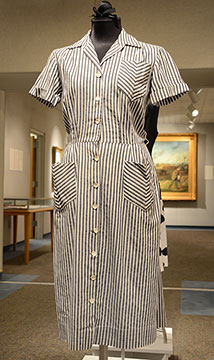 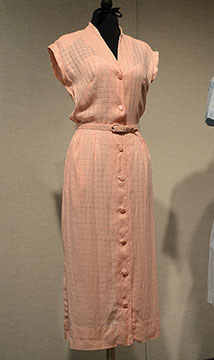 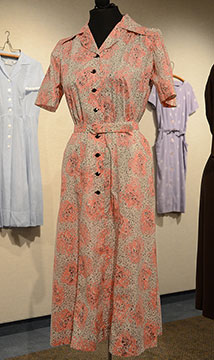 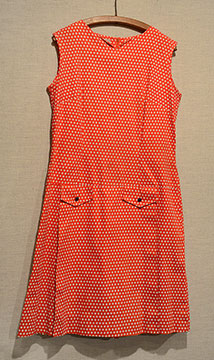 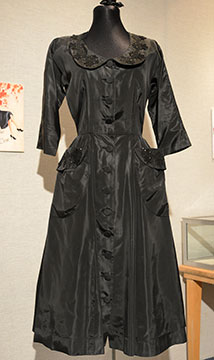 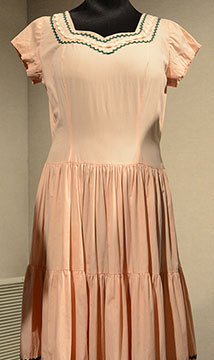