Feather ornamentation may have been worn in prehistory by Neanderthals. In a prehistoric cave site near Verona, Italy, over 660 bird bones were discovered with marks indicating the intentional removal of large feathers believed to be used as body decoration. Evidence of plumage adornment has also been found in indigenous Peruvian, Mesoamerican and Native American archaeological sites prior to European contact in the 15th and 16th centuries. In the 17th century, plumassiers (feather workers) crafted ostrich, peacock and heron feathers into a variety of accessories. By the late 1800s fashionable women of the West began wearing hats adorned with feathers, wings and even whole birds or their disembodied parts. In the 20th century, designers such as Yves Saint Laurent and Cristobal Balenciaga utilized feathers as replacements for fur on coats and dresses.

Continue below to view feathered artifacts from University of Missouri collections. Click on the image to the right to learn more about the formation of Audubon and conservation societies in the U.S. and to view lithographs from the State Historical Society of Missouri’s octavo edition of John James Audubon’s The Birds of America (1840-1844.) 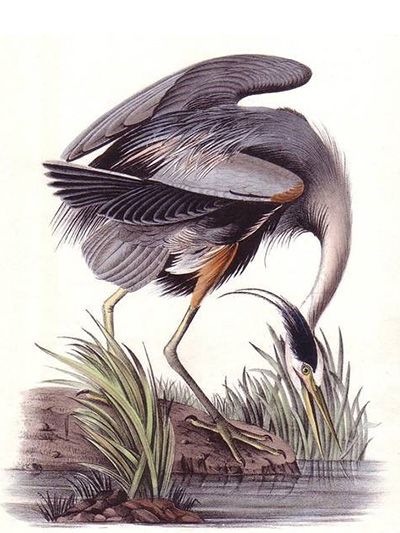 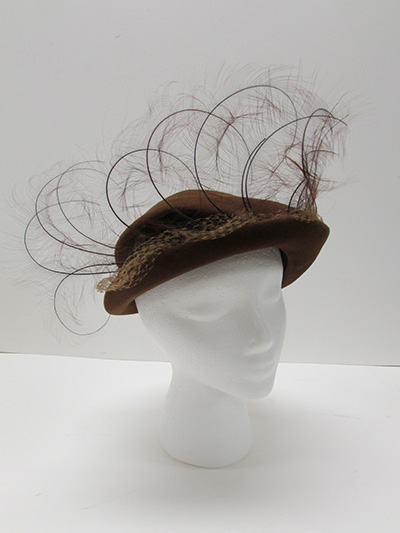 Ornamentation on women’s hat became increasingly exotic in the last quarter of the 19th century, and the feather trade expanded its enterprise to include marketing some 64 species of native birds. Herons, with their extravagant breeding plumage – the Great Egret and the Snowy Egret – suffered great losses as the sources of supply began to disappear. One auction record alone recorded more than one million heron or egret skins sold in London between 1897 and 1911.1 Packages of heron plumes that averaged 30 ounces were sold. It required about four birds to make an ounce of plumes.2During the height of the feather trade (1870-1920),tens of millions of birds were killed, driven mainly by millinery centers in New York and London. In 1886 an estimated fifty North American bird species were being hunted and exploited for their feathers.3 The demise of the Carolina parakeet is one example. The only parrot native to the North American continent, the Carolina parakeet’s extinction came shortly after its beautiful, colorful feathers became fashionable to wear as decorations on ladies’ hats. The last known wild specimen was killed in Okeechobee County, Florida in 1904, and the species was officially declared extinct in 1939.

The Bird of Paradise suffered a similar exploitation after Europeans first became aware of them in the sixteenth century. As far as it is possible to tell, the very first skins of birds-of-paradise were brought to Europe in 1522 by the surviving crew members of the only ship to complete Magellan’s circumnavigation voyage of the globe. One of the crew recorded that “the bird skins were a gift from the sultan of Bacan to the Holy Roman Emperor Charles V.”4 With this introduction, birds of paradise became a focus of scientific curiosity and study. By the start of the 20th century, the bird’s plumes were highly sought after not only for their vibrant colors but also because of their comparative rarity. From 1905 to 1920, 30,0000-80,0000 bird of paradise skins were exported annually to the feather auctions of London, Paris and Amsterdam, from their habitats in New Guinea’s rain forests.5 During this ‘plume boom,’ many species of bird of paradise, particularly the most sought after Greater Bird of Paradise, were almost wiped out because of the fashion of using the bird’s feathers to decorate hats. While it is now illegal to hunt or export the birds, their numbers continue to dwindle through loss of habitat. 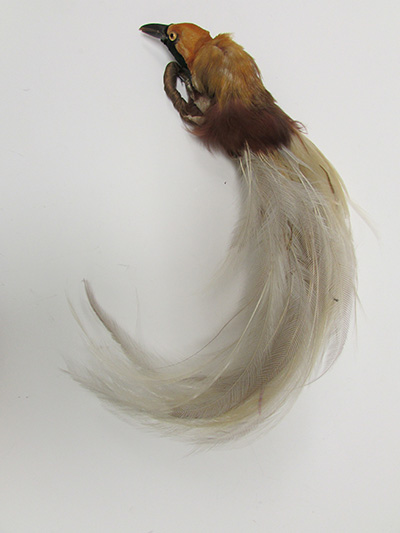 Exploitation in the late 19th and early 20th centuries led to formation of the first Audubon and conservation societies in the early 1900s. Preservationists struggled to enact laws to prevent the killing, possession, sale, and importation of plume birds and ornamental feathers. Enactment of federal laws began with the Lacey Bird and Game Act in 1900 which prohibited interstate commerce of protected species. But the law, poorly enforced, did little to slow the commerce in feathers. The National Audubon Society formed in 1905 and later assisted the passage of the Weeks-McLean Law by Congress on March 4, 1913, effectively ending the plume trade. The law, a landmark in American conservation history, outlawed market hunting and forbade interstate transport of birds. In 1918 the Migratory Bird Treaty Act banned feather imports and stopped the wholesale slaughter of migratory birds for ornamental feathers. With international protections in place, once-imperiled species began to rebound, including snowy egrets. The Migratory Bird Treaty Act established an important precedent for the Endangered Species Act of the 1960s and 70s that banned the transport of state protected wildlife. Today, feathers remain accents on hats, gloves, clothing and handbags. They are also widely used for various types of fishing lures. Many birds are raised domestically. Feathers are either plucked from the birds, or taken after the bird is killed for its skin or meat. In a bid for more humane methods, some farmers are collecting and selling only molted (shed) feathers. 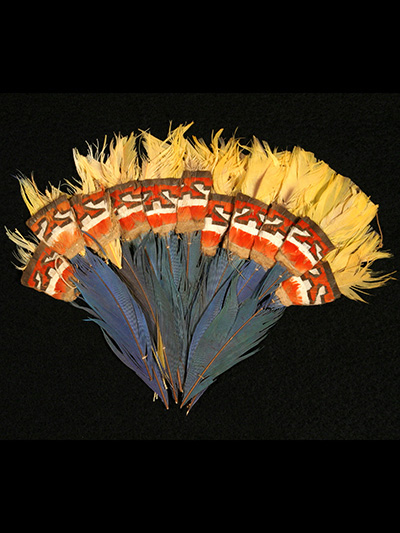 Plume of Feathers, String and Leaves, Peru (1000 CE) Museum of Art and Archaeology 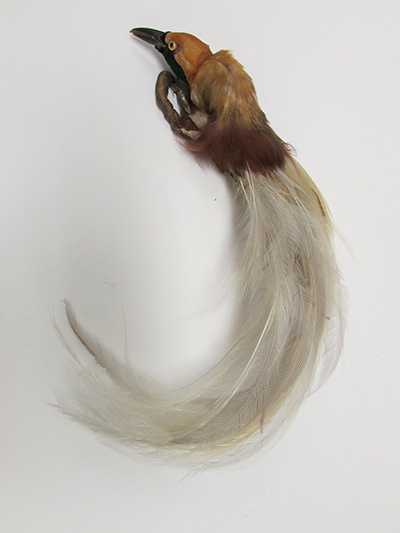 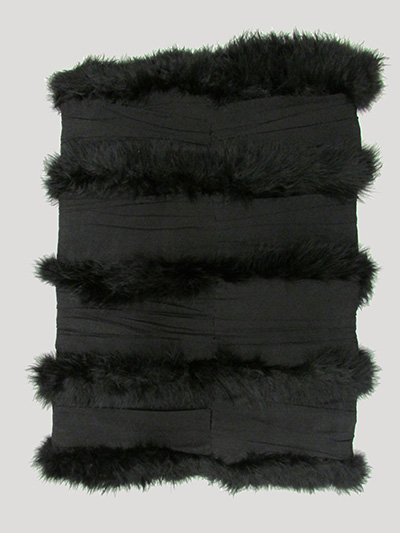 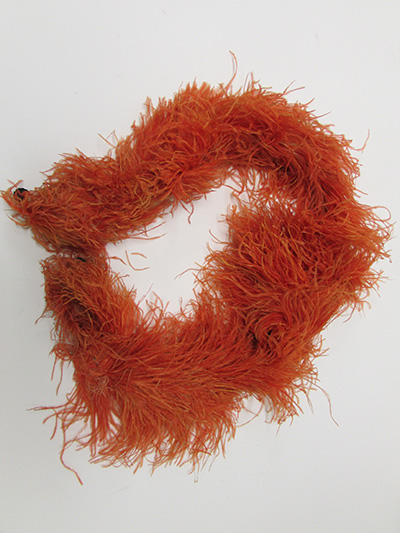 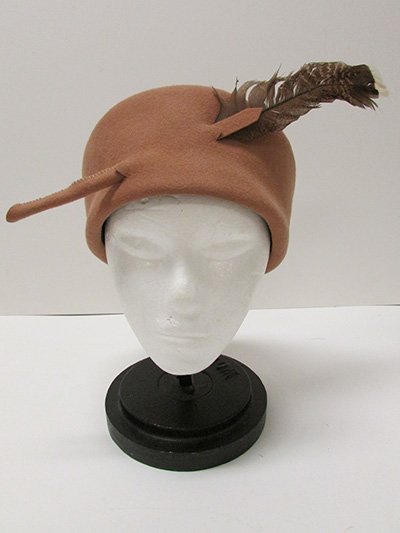 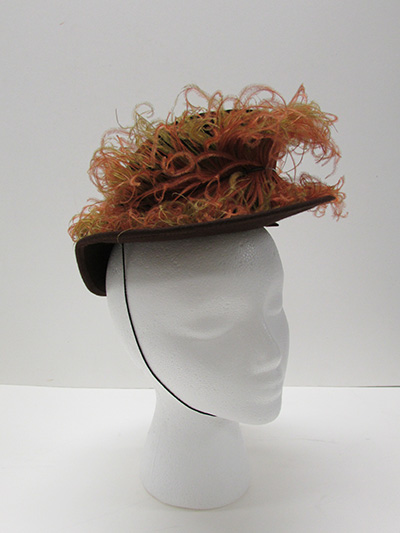 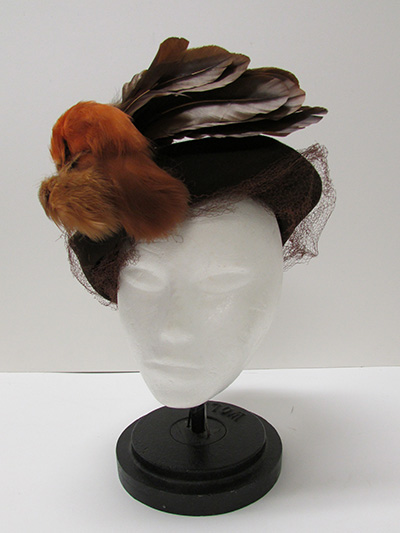 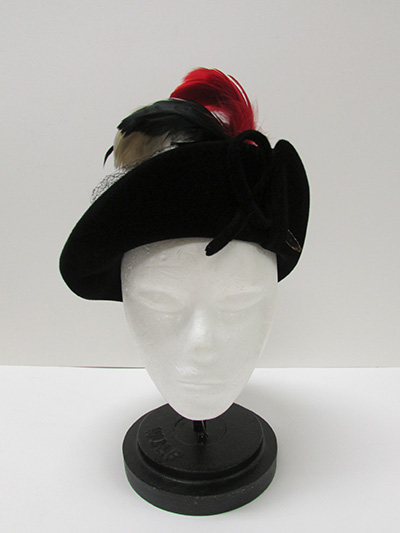 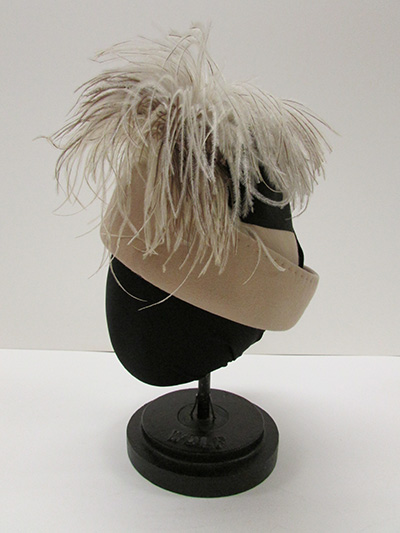 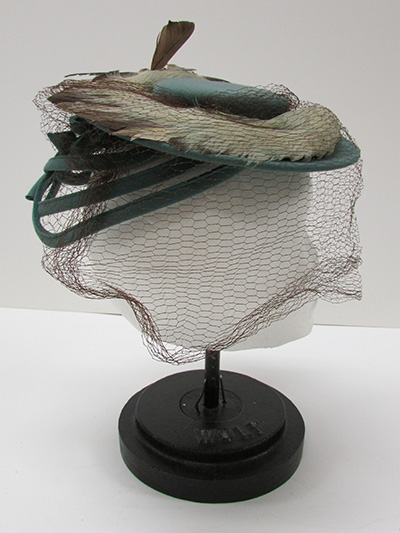 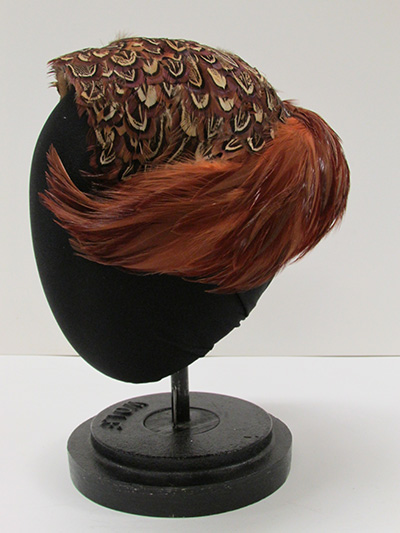 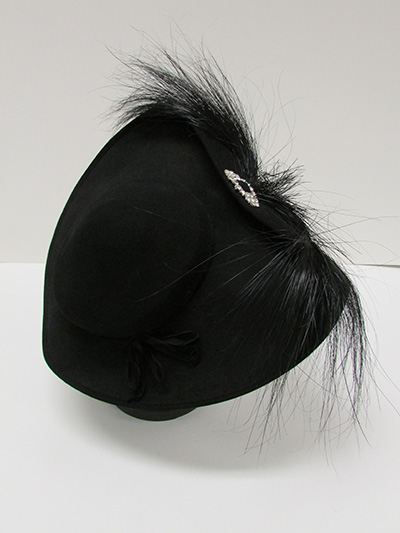 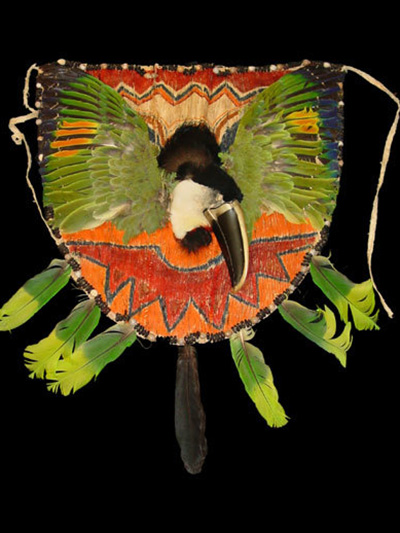 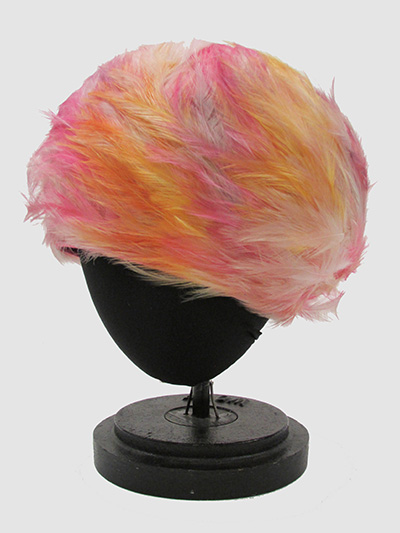 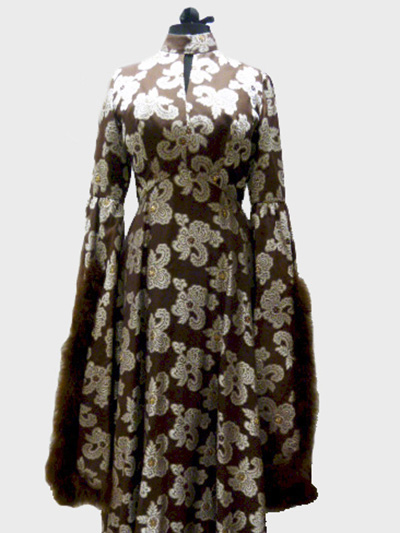 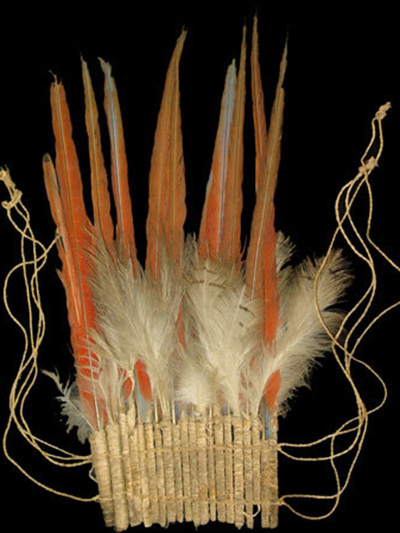 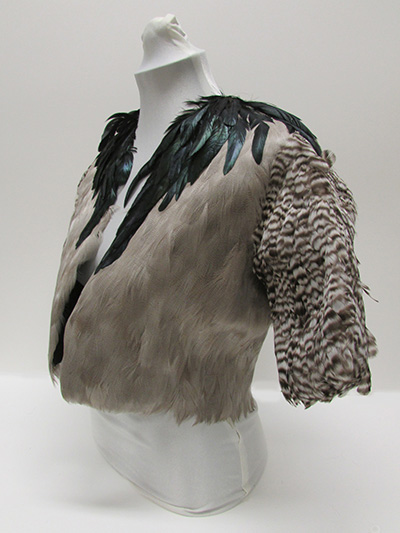